By Maya Menachem and Dan Or-Hof

Drones and unmanned aerial systems (UAS) are a remarkable platform, with endless possibilities. The global outbreak of Covid19 introduces opportunities for novel uses of UAS in support of people in need. At the same time, they may pose risks to human rights if not controlled properly.

Both the pros and cons of UAS use, should be governed by professional assessments of performance and risks. The frameworks to do it right are already established. Governments should adopt them to support the fight against the pandemic and protect the wellbeing of people.

UAS are a remarkable platform, with enormous benefits in terms of safety and efficiency. The full potential of UAS is realizing on a day-to-day basis, with uses in agriculture, infrastructure, photography, deliveries, ground surveys, insurance, construction and much more. The global outbreak of Covid19 introduces opportunities for novel uses of UAS in support of people in need. Some of them are already deployed, but they are still far from meeting their true potential.

Imagine food and medicine delivery to isolated individuals, delivery of critical medical supply to hospitals, transfer of medical devices from one site to another to support changing needs – all done by UAS, around the clock, with minimal human intervention and with maximum safety.

The UAS-based logistic delivery services are developing rapidly. Take for example Gadfin, a developer of a long-range urgent delivery system based on UAS, that can carry fairly large life-saving payloads in urban and remote areas; Zipline, which is already making UAS-based deliveries of critical products, like blood units; and Matternet, who collaborated with UPS to test drone-based deliveries of medical supplies.

The use of UAS-based systems can maintain social distancing while supporting logistical efforts in times of crisis, including during outbreaks of pandemics. These systems are relatively inexpensive, have low on-going costs, fairly simple maintenance, an ability to work 24/7 and with minimal human intervention. They are ideal for supporting the fight against Covid19.

Governments should look into advancing ventures who develop UAS-based payload delivery systems, through proper financial incentives. They should also use a sound framework which will lift unnecessary regulatory barriers.

A new regulatory framework already exists, but used only scarcely. The Specific Operations Risk Assessment (SORA) methodology is an innovative approach for regulating commercial use of UAS. It was promoted by the Joint Authorities for Rulemaking on Unmanned Systems, currently representing experts from the national aviation authorities of 61 countries, and by the World Economic Forum. Already tested and used in countries such as Switzerland, Spain, Australia, New Zealand and Rwanda, this performance-based regulatory approach is still at its early stages of adoption.

Instead of current standard rigid rules, under SORA, UAS-based solutions are measured by their specific ground and air risks, their ability to reach sufficient assurance and integrity levels and their operational safety objectives. A comprehensive safety portfolio is built per project and allow it to operate safely with specific controls in place. Shifting from current UAS regulation regime to a risk and performance-based regulation, will streamline the proliferation of UAS-based solutions and will let UAS help fight the world crisis.

On April 7 this year, the Israeli police announced that they will use drones to enforce a nation-wide lock-down, and that violators will be severely punished. It was the first time in Israeli history that the police used drones not to fight crime, but rather to enforce public-safety emergency regulations.

This use may be plausible as part of an immense effort to contain the Covid19 spread, and indeed was overlooked by activists, journalists and others. Yet, no doubt that a public discourse is in need about the implications of this use. UAS with integrated high-resolution cameras, face-recognition technology and other advanced sensing capabilities, become a highly effective and an extremely intrusive policing and tracking measure.

On the day after Covid19, will human rights, including the right of free movement, the right to demonstrate and the right to privacy, be severely restricted by government-operated new technologies, such as unmanned aerial systems and other tracking technologies, in the name of public order and saving lives? Is society ready for it?In many countries, data protection and privacy authorities have become the modern watchdogs who provide individuals with protection against the abuse of their rights. Corporations and other organizations (rather than governmental entities) who process large volumes of personal data are the main point of reference for privacy compliance.

When it comes to the use of UAS, governmental entities have published statutes and guidelines on privacy and security aspects related to the use of drones by individuals and corporations. Some examples, among many, are the opinion of the European Data Protection Supervisor (EDPS), the analysis by the Directorate General for Internal Policies of the European parliament, and US state laws, such as in North Carolina, where it is illegal to use an unmanned aircraft system to take or distribute images of a person or their home without their consent.

Many of the statutes and regulatory opinions put an emphasis on designing drones properly as a key factor. Regulators advocate to assessing the risks involved by conducting impact assessments and to the use of the security-by-design and privacy-by-design concepts.

During the Covid19 outbreak, the Israeli Protection of Privacy Authority (PPA) published their new guidelines for privacy aspects related to the use of drones. The PPA echoes already established regulatory views about the need for risk assessments and adequate privacy and security design. Like other privacy regulators, the PPA fails to address the use of drones by governmental entities.

Humanity have faced global pandemics in the past. However, countries are now more equipped with technologies to contain the spread of the virus. Some of these technologies are extremely abusive to human rights and to privacy in particular.

xWhether it be for lack of authority or for other reasons, privacy regulators do not stand at the forefront of the protection against the potential deterioration of privacy rights by governments, in the name of public safety.

Striking a new balance requires a delicate work. It requires interdisciplinary task forces, occupied by professionals and public servants, to create a sound framework and rules for using invasive technologies and prevent abuse of power.  Discussions, rules and guidelines should be fully transparent to the public, should benefit from parliamentary oversight and should be periodically reviewed. Public safety is a justified purpose to limit human rights. However, it is justified only if achieved by proportionate measures. Putting the right controls in place is imperative to maintain human rights, even, and perhaps especially, in times of crisis. 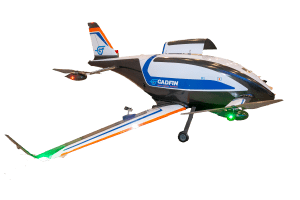 Stay tuned with our newsletter